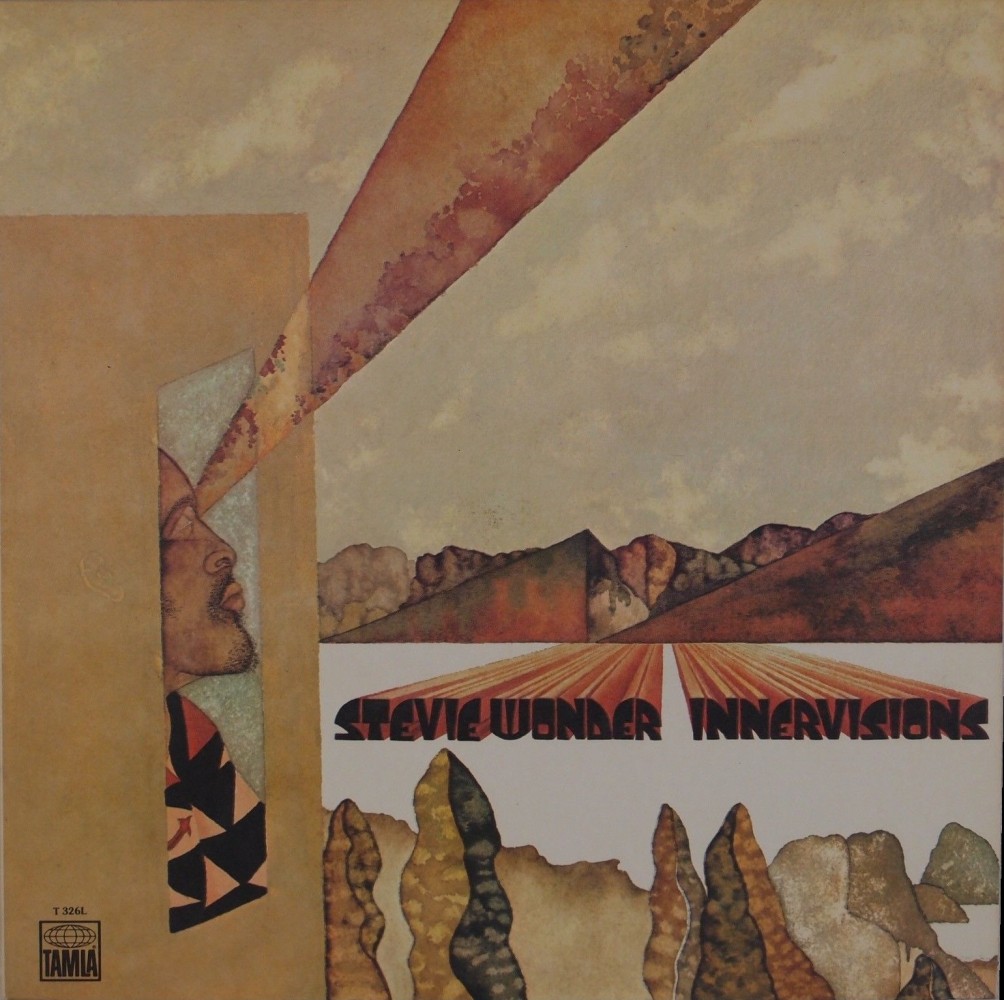 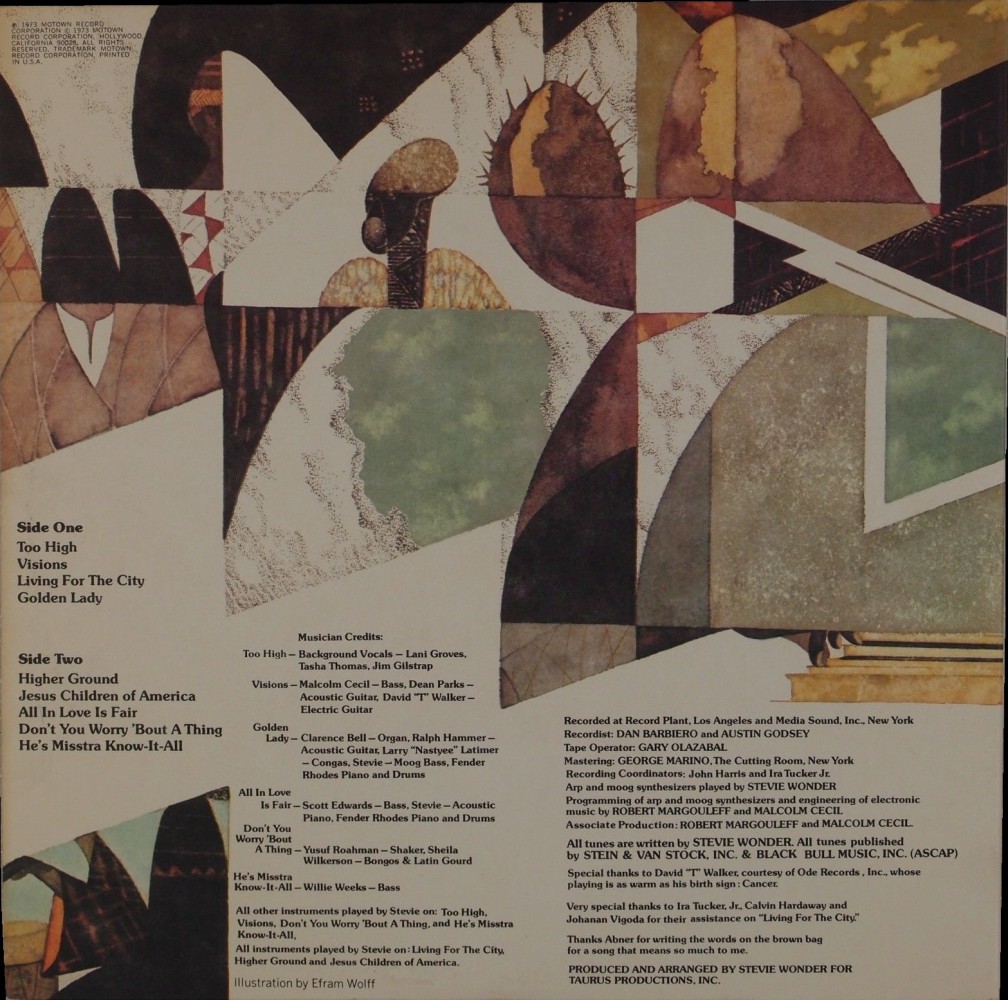 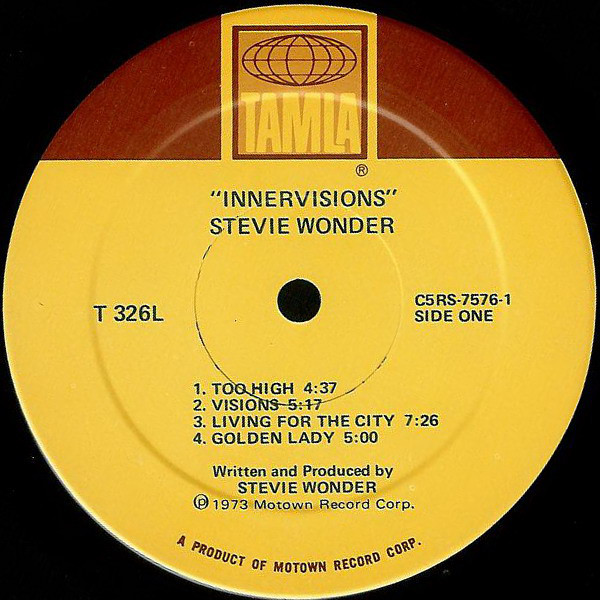 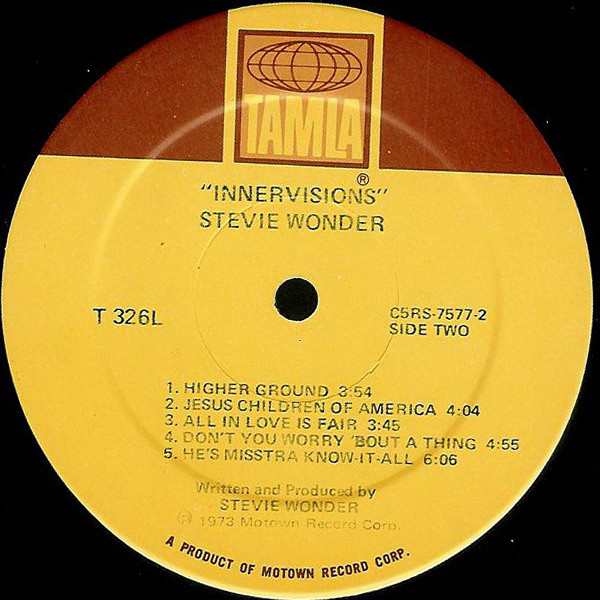 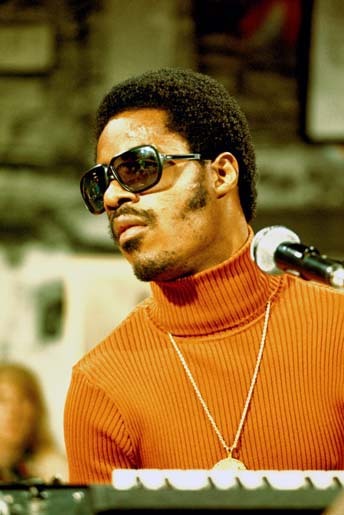 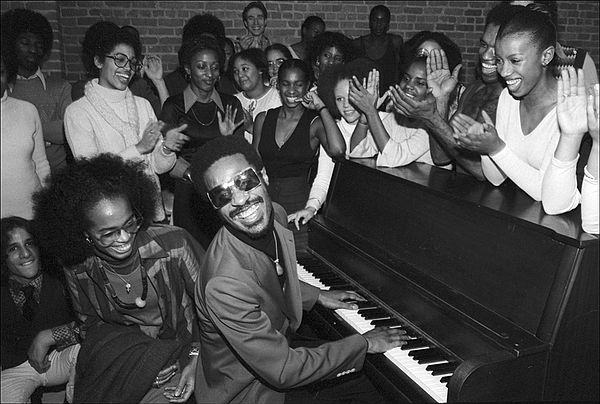 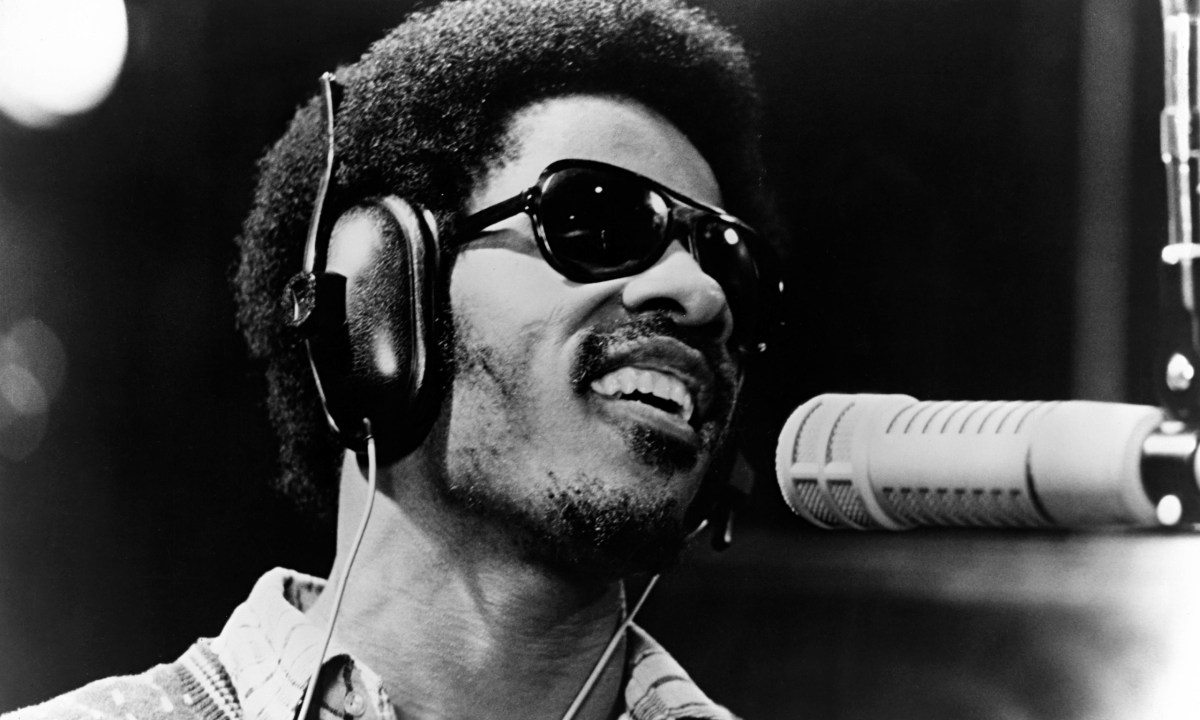 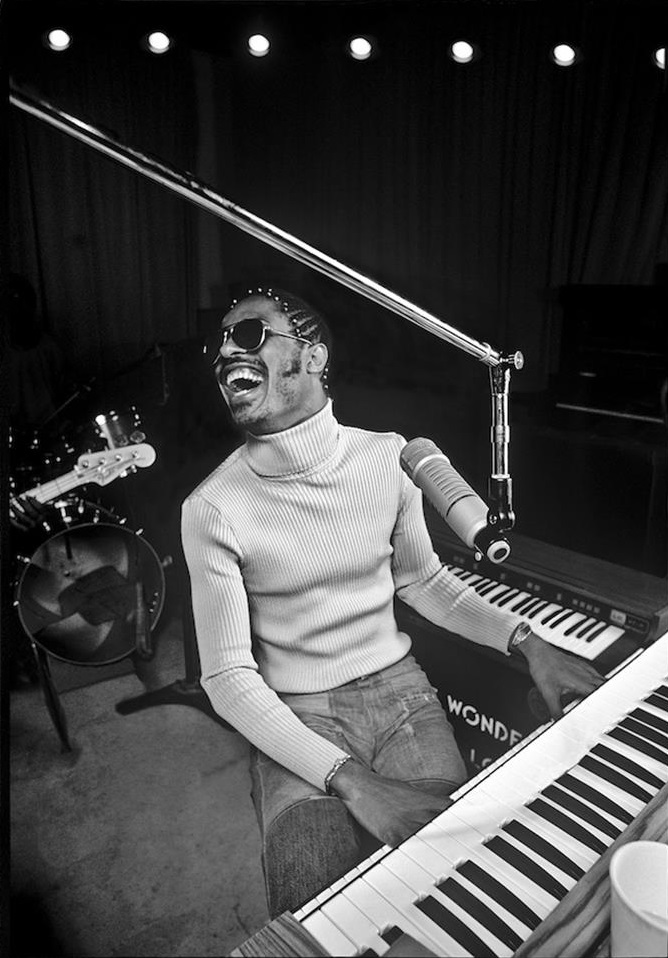 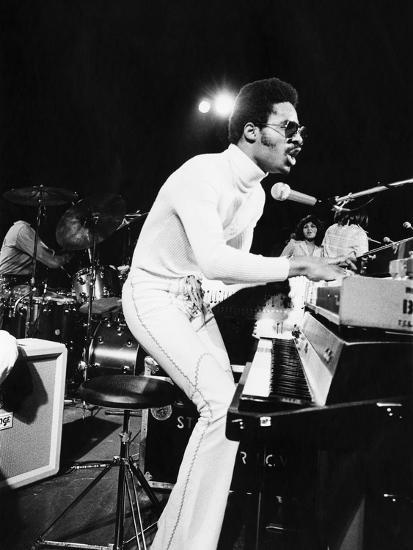 Three days after the commercial release of Innervisions, on August 6, Wonder played a concert in Greenville, South Carolina. While on the way back, just outside Durham, North Carolina, Wonder was asleep in the front seat of a car being driven by his friend, John Harris, when they were snaking along the road, behind a truck loaded high with logs. Suddenly the trucker jammed on his brakes, and the two vehicles collided. Logs went flying, and one smashed through the wind shield, sailing squarely into Stevie Wonder's forehead. He was bloody and unconscious when he was pulled from the wrecked car. For four days he lay in a coma caused by severe brain contusion, causing media attention and the preoccupation of relatives, friends and fans.[2]

It was his friend and tour director Ira Tucker who first elicited some response from him:

... I remember when I got to the hospital in Winston-Salem. Man, I couldn't even recognize him. His head was swollen up about five times normal size. And nobody could get through to him. I knew that he likes to listen to music really loud and I thought maybe if I shouted in his ear it might reach him. The doctor told me to go ahead and try, it couldn't hurt him. The first time I didn't get any response, but the next day I went back and I got right down in his ear and sang Higher Ground. His hand was resting on my arm and after a while his fingers started going in time with the song. I said yeah, yeah!! This dude is going to make it!
—Ira Tucker

Wonder's climb back to health was still very long and slow. When he regained consciousness, he discovered that he had lost his sense of smell, which he never recovered. And he was deeply afraid that he might have lost his musical faculty too.

... We brought one of his instruments—I think it was the clavinet—to the hospital. For a while, Stevie just looked at it, or didn't do anything with it. You could see he was afraid to touch it, because he didn't know if he still had it in him—he didn't know if he could still play. And then, when he finally did touch it... man, you could just see the happiness spreading all over him. I'll never forget that.
—Ira Tucker

Still, Wonder had to take medication for a year, tired easily, and suffered severe headaches. The August 6 accident particularly changed his way of thinking. His deep faith and spiritual vision made him doubt that it was "an accident". He stated, "You can never change anything that has already happened. Everything is the way it's supposed to be... Everything that ever happened to me is the way it is supposed to have been." Wonder also commented when he was interviewed by The New York Times that "the accident opened my ears up to many things around me. Naturally, life is just more important to me now... and what I do with my life". Confirming Stevie's belief in destiny, Michael Sembello, Wonder's lead guitarist at the time, said

... Well, I think he'd always had some awareness of the spiritual side of life. But the accident really brought it to the surface. Like now I know he really sees and uses every concert as the spiritual opportunity it is, to reach people... The accident made him recognize God, it changed him a lot. Sometimes he'd just drift off in conversation, he'd just... be some place else. He got really intense after the accident, his ESP got really strong
—Michael Sembello

... I would like to believe in reincarnation. I would like to believe that there is another life. I think that sometimes your consciousness can happen on this earth a second time around. For me, I wrote Higher Ground even before the accident. But something must have been telling me that something was going to happen to make me aware of a lot of things and to get myself together. This is like my second chance for life, to do something or to do more, and to value the fact that I am alive.
—Stevie Wonder

Before the accident, Wonder had been scheduled to do a five-week, twenty-city tour between March and April 1974. It was postponed, with the exception of one date in Madison Square Garden in late March. That concert began with Stevie pointing to his scarred forehead, looking up, grinning, and giving "thanks to God that I'm alive." Twenty-one thousand people in the crowd roared with applause, and as a Post critic noted, "it was hard not to be thrilled."
Haut

Revpop a écrit :We brought one of his instruments—I think it was the clavinet—to the hospital. For a while, Stevie just looked at it, or didn't do anything with it.

On trouve le live au complet en continu sur le tube et en fait ce n''est pas en 1973 mais 1974. Voici ce qui est noté par le posteur :
"Stevie Wonder 1974 concert on German TV show Musikladen/Beat Club.
I recorded from the European TV channel VH1 in 2003. I wish this would be released on DVD! If someone can help me identify the musicians, it would be great. One of the ladies, Afro and a polo shirt, singing backing vocals is Denice Williams. She was part of Wonder's female background singing group Wonderlove. I think this is the partial lineup, based on what Stevie says at 23.15 : Reggie McBride plays bass, Michael "Mike" Sembello on guitar and keys, Ollie E. Brown on drums."
Stevie Wonder_1974_German TV show Musikladen/Beat Club (31mn03) :
-

in the jungle groove

Revpop a écrit :We brought one of his instruments—I think it was the clavinet—to the hospital. For a while, Stevie just looked at it, or didn't do anything with it.